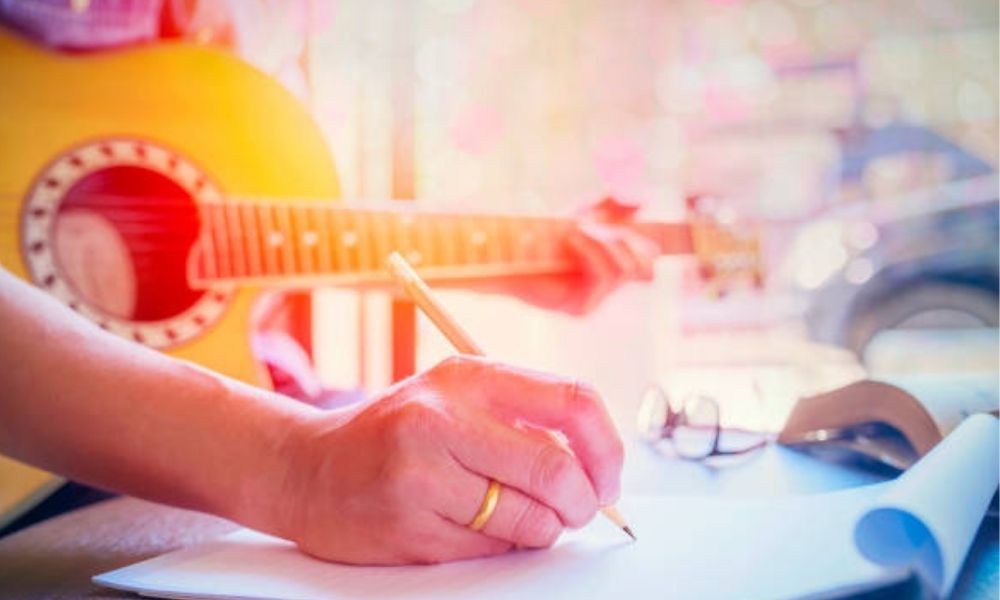 Music is an art that combines the tunes played from a variety of musical instruments with vocals that is both meaningful and pleasing to the ears. Over the years, music has diversified from being just poetry, hymns, and prayers to making its way into traditional folk songs and of course, the new generation of genres that we listen to these days. In view of this, in music, a lyricist plays a key role and today, there are plenty of these professional songwriters in the field of art and entertainment. Whether it is a Bollywood movie or a solo singer or a music band that wants someone else to write their songs, the lyricists are hired to do the task.

Lyricists are persons who write the words (referred to as ‘lyrics’) for the songs and/or poetry accompanied by harmonic tones which are composed by musicians at their respective audio recording studios. India’s Bollywood cinema industry has several talented lyricists that have written lyrics for more than a hundred songs for films as well as for other genres of music, like pop, soul, sentimental, ghazals, etc.

If we talk about the best lyricists in India, there are and were a few iconic figures having their names displayed on the opening and/or closing credits in Bollywood films and in non-film songs, as well. Some were honoured with awards and there are some that are climbing the ladder to success.

Here, we have included the Bollywood cinema industry’s top twenty lyricists (in alphabetical order) that have made a name for themselves in India and overseas. Most of these India-based lyricists write lyrics for their songs and also sings their composition.

Amitabh Bhattacharya is a lyricist and a playback singer in Bollywood cinema. He gained popularity for his hit song ‘Emotional Atyachar’ which he wrote and sang for the film ‘Dev D’. Since then, he’s been writing lyrics for numerous songs, most of which also won him a couple of awards.

Anand Bakshi was a renowned lyricist and poet in Bollywood cinema. He was one of the few oldest lyricists who started his career in the 1940s and continued his work till his passing in the year 2002. Although he had a passion for singing and writing, however, fate landed him to becoming a prominent lyricist that the Bollywood industry has ever had. However, he did get a chance to sing the duet song ‘Baaghon Mein Bahaar Aayi Hothon Pe Pukaar Aayi’ along with Lata Mangeshkar for the film ‘Mom Ki Gudiya (1972)’.

Songs wrote: Anand Bakshi has written lyrics for over a hundred songs in his musical career. A few songs which he wrote lyrics for are ‘Dum Maro Dum’, ‘Achha To Hum Chalte Hain’, ‘Do Lafzon Ki Hai’, ‘Kuchh To Log Kahenge’, ‘Pyar Deewana Hota Hai’, and many more.

Anjaan, born as Lalji Pandey, was a renowned lyricist in Indian cinema. His son Sameer is also a well-known lyricist in Bollywood cinema. Anjaan started his career writing lyrics in the 1950s and over the years, he gained a lot of popularity. He has written lyrics for more than 1,500 songs throughout his career.

Awards/Recognition received: Anjaan has won and was also nominated for many awards and recognition for his prolific work as a lyricist in Indian cinema.

Dev Kohli is a poet and lyricist in Indian cinema. He began his career writing songs for Bollywood films in the 1970s and continues with his occupation. Over the years, he has written more than a hundred songs, most of which are quite popular and got him close to winning awards and recognition.

Awards/Recognition received: Dev Kohli was nominated for several of his songs from the periods 1990 to 2018.

Gulshan Kumar Mehta was a lyricist and actor in Indian cinema from the 1960s till 1999. He has written more than 240 songs throughout his career, most of which are still remembered to this day. In addition to being a lyricist, he also acted in several Hindi films.

Gulzar is a very popular name in Bollywood cinema. Born as Sampooran Singh Kalra and known as Gulzar, the iconic lyricist is also a notable poet, screenwriter, author, film producer and director. Not to mention he’s the highest-paid lyricist in India. He started his career working with the renowned music director of the time, R. D. Burman.

Hasrat Jaipuri, born as Iqbal Hussain, was a lyricist in Indian cinema during the 1940s and until 1999. He began his career in the 1949 Hindi film ‘Barsaat’ by Raj Kapoor.

Indeevar, born as Shyamlal Babu Rai, was a lyricist in Indian cinema from the 1950s and till the mid-1990s, until his passing. Throughout his career, he has written over a thousand songs and for several hundred Bollywood films.

Irshad Kamil is a popular lyricist and poet in the Bollywood film industry. He began his career as a lyricist in the 2004 Hindi film ‘Chameli’. He then pursued his career writing lyrics for several songs which also became very popular among his audience.

Awards/Recognition received: Irshad Kamli has received several awards and recognitions throughout his career as a lyricist. A few such awards include Filmfare Awards and Mirchi Music Awards for many of his songs.

Javed Akhtar is a notable lyricist, poet, and screenwriter in Indian cinema. Although he started his career as a screenwriter/scriptwriter in the Bollywood industry, he then went on to write lyrics for songs. He also writes lyrical poetry in both Hindi and Urdu languages.

Kausar Munir is a lyricist and screenwriter in Indian cinema. In 2001, she started writing for Indian television programmes and by 2008, she entered the Bollywood film industry, where she wrote songs for over a dozen films and continues to do so till today.

Majrooh Sultanpuri, born as Asrar ul Hassan Khan, was a lyricist and poet in Indian cinema. He began his career as a lyricist in Bollywood films during the late 1940s and continued his work till the year 2000 and until his passing.

Awards/Recognition received: He won the Filmfare Best Lyricist Award. He was the first Indian lyricist to be honoured with the Dadasaheb Phalke Award.

Mehboob, born as Mehboob Alam Kotwal, is a lyricist in Indian cinema. He started his career in the 1980s and continues to write songs for Bollywood films to this day. His songs have become very popular and he has worked in more than a dozen Hindi films with several music composers.

Prasoon Joshi is a lyricist, poet, and screenwriter in Bollywood cinema. He’s also a writer, marketeer and the Chairperson of the Central Board of Film Certification (CBFC) since 2017. Prasoon Joshi comes from a family of classical vocalists. His career as a lyricist began in 2001 with the film ‘Lajja’, and he went on to write songs for several more films in Indian cinema.

Sahir Ludhianvi, born as Abdul Hayee, was a lyricist and poet in Indian cinema. He wrote song lyrics and poems in Hindi and Urdu languages.

Awards/Recognition: Sahir Ludhianvi won two Filmfare Awards for Best Lyricist and was also awarded Padma Shri. Also, in 2013, a postage stamp was issued by the Government of India, bearing his face in order to honour him.

Sameer Anjaan, though his real name is Shitala Pandey, is one of the popular names a lyricist in Indian cinema. His father was also an award-winning lyricist. So, he might have inherited the talent of writing lyrics for Bollywood motion picture songs. Many Hindi films since the mid-80s have had all songs written by Sameer himself.

Awards/Recognition received: Sameer Anjaan is named in the Guinness Book of Records for writing the most number of songs for Bollywood cinema. He also has two Filmfare Awards and one Zee Cine Award to his name for his contribution.

Santosh Anand began his career as a lyricist in Indian cinema in the 1970s. He has written over a hundred songs for several Hindi films throughout his career.

Shailendra, born as Shankardas Kesarilal, was a popular lyricist, poet and film producer of Indian cinema during the 1940s and until the 1960s. He wrote over a dozen lyrics and his songs gained a lot of popularity in his time and thereafter.

Shakeel Badayuni was a lyricist in Indian cinema and also an Urdu poet. His career as a lyricist began in the 1940s when one of his poems impressed music composer Naushad Ali and film producer A. R. Kardar.

Verma Malik, born as Barkatrai Malik, was a poet and lyricist in Indian cinema from the years of late 1940s till 2001. Over the years, he has written more than 500 songs for Bollywood films, many of which are quite popular.

While a few lyricists mentioned above are not among us today, they are still remembered for the popular and evergreen songs they had written for the Bollywood film industry. On the other hand, we see new lyricists that are making their way in Indian cinema, and their contribution would also be recognised with time and notable work.

Top 20 Ice Cream Flavours in India You Must Try